The writing seemed on the wall for Wellesley for years. Wellesley Finance announced a cease in operations late September of 2020. Investors are owed over £118m.

As more details appear, a complex web of company structuring was set up with only one company (Wellesley & Co.) being regulated by the FCA. Wellesley’s loan book was sold at a heavy discount to a company called Cloverleaf Ltd. whose Directors are Graham Wellesley and Andrew Turnbull, the same Directors of Wellesley & Co.

Read on for my thoughts on Wellesley & Co and what this means to you if you are an investor.

Wellesley & Co: What You Need To Know

What Is Wellesley & Co?

Wellesley & Co is a UK based alternative investment company specialising in property-backed lending, presenting themselves with a strong peer to peer lending operation offering a liquid product that paid competitive returns. The company also offered unsecured mini-bonds were an investment into Wellesley & Co rather than into peer security back peer to peer loans. The company then offered property-backed secured bonds.

My concerns began when Wellesley & Co announced they were reducing interest rates and changing loan terms, so I requested exit and withdrew in late 2015 and never reinvested. I stayed clear of the mini-bonds because I was aware of the dangers.

When Did Wellesley & Co Launch?

Yes, by the UK Government’s Financial Conduct Authority registration #655503 under full permissions. FCA regulation is nothing like the FSCS (Financial Services Compensation Scheme), which covers consumers when they deposit money in banks. The FCA does have the ability to pursue criminal action against companies it finds are in violation of its standards, but it’s not a government entity and is funded by the companies it regulates.

What Happened To Wellesley & Co?

In May of 2017, Wellesley announced they would pause additional investments into peer to peer lending until Q3 of 2017 while they attempt to comply with the FCA regulators. Peer to lending never returned.

In September 2020, Wellesley Finance announced it was suspending investor payments while it attempted a voluntary restructuring of its business. Wellesley’s website states:

“Following a strategic review and an independent analysis of its business in response to the ongoing market challenges, Wellesley has suspended all payments as it embarks upon a restructuring process which aims to achieve a better outcome for all investors.After seven years of trading, 2020 has presented unique and unforeseen challenges that have hindered the business’ future liquidity position including the Covid19 pandemic and proposed changes in the regulatory environment which mean that Wellesley may no longer be able to raise funding through the issue of listed bonds on Euronext Dublin (formerly the Irish Stock Exchange). As such, Wellesley has entered a course of action to restructure, recapitalise and address these challenges accordingly”.

In simple terms, Wellesley’s business was unsustainable in its current state as it was losing money and couldn’t raise more money to fund its business or new loans. Wellesley stated that due to Covid-19, fewer properties were being sold due to issues such as building delays resulting in fewer properties being and a lack of incoming revenue, forcing Wellesley to restructure.

It appears the Wellesley unsuccessfully tried fundraising via listed bonds on the Euronext Dublin (formerly the Irish Stock Exchange). It’s hard to din people willing to invest money into a company that’s’ losing money and has been for several years.

At the end of September 2020 following the results of a creditor vote, Wellesley announced they would become unregulated by the FCA, cease offering retail bond products and focus on institutional funding.

A creditors vote on the CVA is currently taking place.

What Is The CVA?

The CVA was created by a restructuring company (Duff & Phelps) to avoid administration.

The CVA is voluntary insolvency where creditors are asked to accept a repayment that less than they are owed. Creditors are ranked in different positions depending on the investments they hold. Unsecured mini-bond holders will likely fall in the last position because their investments have no assets backing them.

What’s Inside The Proposed CVA?

If you an investor in Wellesley, you should have received the 220 page CVA via email. I suggest reading it in full before voting its approval.

Here’s a snapshot of what the CVA is proposing for returning investors’ funds:

If Wellesley goes into administration

Wellesley sold their distressed loan book on September 14th, 2020 to a company named Cloverleaf Ltd. which was newly incorporated company created for the sale. The book was sold for a significant discount leaving a £17m shortfall which investors will face. What’s troubling is that Wellesley Directors, Graham Wellesley and Andrew Turnbull are both Directors of Cloverleaf.

Wellesley states this sale was the best deal for investors as other third party offers were significantly lower which would have resulted in deeper losses. While I understand this, I feel as selling a loan book to a subsidiary company fo a large discount is something investors should have been made aware of prior to the sale.

If You Are An Investor, What Will Happen To Your Money?

Wellesley & Co. has announced they will close their retail investment products and focus solely on institutional funding. New and investors won’t be able to actively invest.

Unfortunately, if you are invested in Wellesley’s unsecured mini-bonds, you were lending money to Wellesley & Co. That money was then used for company expansion and also lent to property borrowers. You’ll likely see little or no money returned. If you were an investor in secured property bonds, you are in a better position as your investments should be secured by property assets.

Personally, I feel like the proposal in the CVA is very optimistic and fear investors will lose more money. We’ve rarely seen a company that was in a dire position come through on their promises.

I’m disappointed Wellesley sold the loan book without informing investors of their plans in advance.

I’ve been back and forth with my views on the CVA proposal. If I had to vote, here’s my opinion (not intended as advice).

From a moral side, I would vote no as a matter of principle hoping that the CVA would be restructured. The fact Wellesley made a huge decision on the loan book sale without informing investors of their plans really irks me.

The issue with voting in favour of the CVA is the risk Wellesley doesn’t come through on their promises. So far they haven’t.

If the CVA voted through, I would take the option to cash out and look into writing off the losses against taxes where possible. (Be sure to speak with your accountant about this).

Why would I cash out? I have less than zero interest in being a Wellesley & Co. shareholder. The company reported losses of £10.2m in 2018 and appears to have made other questionable business moves. The fact Wellesley sold their loan book to themselves under a different company name for a big discount without informing investors of their plans seems legally questionable and at the very least, immoral.

Wellesley’s situation is the reason I steer well clear of unsecured and secured mini-bonds. Lending money to companies is highly risky and the returns never match the risk.

Is There Anything I Can Do As An Investor?

The only thing you can do is vote on the proposed CVA.

What’s Next For Wellesley & Co?

Wellesley will shut down its retail investing business and “focus on institutional funding”. In the meantime, creditors will vote on the CVA. If the vote is successful, investors will be presented with a loss decision as outlined above. Management will then continue to work with developers and borrowers to repay loans over a two to three year period.

If the vote is unsuccessful, it’s likely Wellesley & Co. will fall into administration and investor losses will be greater.

We should know more in mid to late October 2020 when the voting results are released.

What Are The Loan Default Rates?

Is There A Provision Fund?

Was I Lending To Wellesley & Co Or To Borrowers?

I withdrew from Wellesley & Co December 2015 when I no longer thought the risk was worth the lower interest rate returns they were offering to lenders’. When mini-bonds become a companies sole offering, I tend to exit as soon as possible.

Wellesley used to be one of the favoured alternative finance companies but things took a turn for the worse when they purposely lowered their returns to deter new investors and then suspended further peer to peer lending investments to focus on unsecured mini-bonds.

The Mini and Property Bonds offered are direct investments into Wellesley & Co rather than into peer to peer loans. The bonds were introduced to raise capital. There were far better alternatives in the peer to peer world that I believed were less risky.

As more information is released, it appears as if there were some complicated company structures that were put into place, with only Wellesley & Co. being regulated by the FCA.

Things aren’t looking good for investors, especially unsecured mini-bond holders who will likely lose most of their money. This is why I stress the risk involved in bond lending. Be sure you know what you are investing in and be sure to diversify.

I will update this page as more information becomes available.

Wellesley & Co disclaimers: This Wellesley & Co page is for information purposes only and should not be regarded as investment advice. Opinions expressed in this Wellesley & Co review are current opinions and based on my own personal experiences. Investing contains risk so never invest more than you can afford to lose.

The sign up links on this website are often referral links. When you sign up for an account through my website, I receive a referral fee directly from the companies, at no cost to you. Your support enables me to continue to operate the Financial Thing website. You can read more about my referral links here. 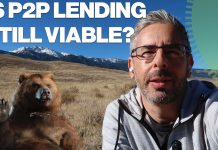 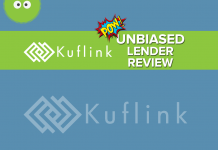 Kuflink Review – My Peer To Peer Lender Experiences After 2 Years

Peer To Peer Lending Guide – Not Sure Where To Start?... 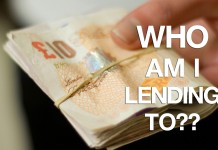 Peer To Peer Platforms: Who Are You Lending To?

Which Peer To Peer Lending Businesses Will Survive?

Kuflink Review – My Peer To Peer Lender Experiences After 2...